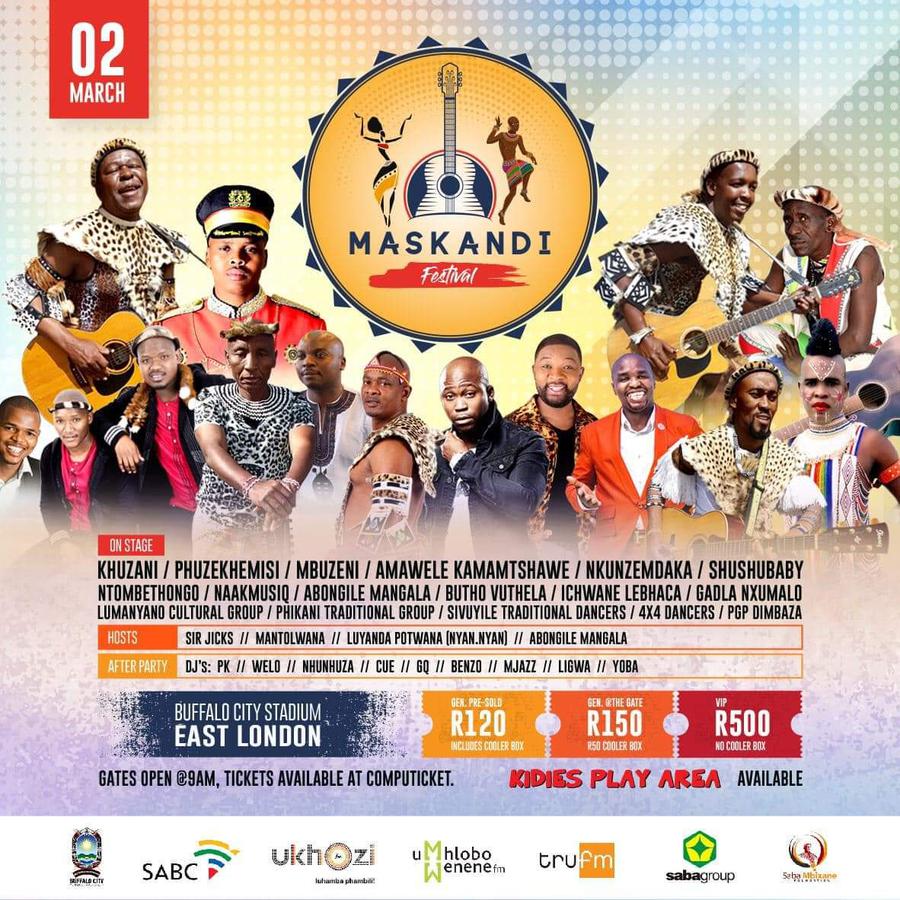 
The event is held with the idea to promote and grow indigenous music, by the Buffalo City Metro together with SabaGroup of Companies.

Speaking about the aim of the event, General Manager for Tourism, Arts, Culture and Heritage Phindile Mbonwa said, â€œWe want to preserve our culture, promote heritage and arts through this Maskandi Festival. As a result, the festival will feature a lot of local artists and include activities for young children,â€

The show will also showcase the talented dancers from around the province which include Lumanyano Cultural Group, Phikani Traditional Group, Sivuyile Traditional Dancers, 4X4 Dancers and PGP Dimbaza.

Giving an overview of the event, Spokesperson of SabaGroup of Companies Sindile Mkikija said that the event is set to entice Maskandi lovers in the Eastern Cape. He added that thet Metro loved the idea of a Maskandi show â€œthat is why they funded our show. The City also is big on developing local talent and saw a need to bridge the gap in promoting this genre of music. The Maskandi community is big but it is not promoted properly.â€

DJs who will be showcasing their skills at the After Party include the likes of Welo, PK, Nhunhuza, Cue, GQ, Benzo, Mjazz, Ligwa and Yoba.

Tickets are available at Computicket at R120 for early bird including a cooler box, general at the gate at R150 and R50 cooler box and VIP at R500 no cooler box. A kidâ€™s play area is also available, gates open at 9am.